Cargo to host the War Child - Army of You 2010 fundraiser featuring The Invisible, helping the invisible victims 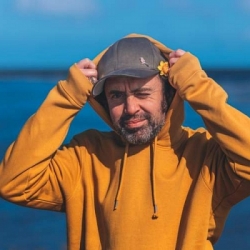 We're a funny lot us humans - we make bombs, we blow each other up, we celebrate, we feel guilty and then we patch it up. But what happens to the orphaned and injured children in the far-flung dangerous war-zones that never sleep? Relatively civilised nations organize fund-raising events to make life more tolerable for those youngsters caught up in the toughest environments.

Warchild is an international charity that does the above and more, raising awareness and funds for kids affected by stupid adults having a petty, yet fatal, squabble. Poverty, insecurity, despondency and loneliness are just some of the results of full-scale battles in neighbourhoods all over the world. London is bad enough - check out Uganda, Congo and Iraq, three places where Warchild are working right now.

The latest music fundraiser is taking place at the Shoreditch venue, Cargo on Thursday 1st July and begins at 6pm with a spot of BBQ-foodness, before the acts take to the stage for the War Child - Army of You 2010 day-fest. Tickets cost £10 plus fees and all net profits will go the forward-thinking Warchild charity that has previously released a few natty cash-raising compilations itself over the years.

Mercury-nominees The Invisible, upcoming post-punk lovers O Children and electronic outfit Becoming Real provide the live music and Disco 3000, Friendly Fires, Casper C and DJ Oneman head up the DJ sets on offer, all donating plenty of time and tracks of a big-beat, electro, wonky, dubstep and grime nature. And out in the garden you can catch Beans on Toast on the folky-tip and The Cheetahs doing acoustic punk. Add in some proper summer weather (stop sneering at the back) and it's thumbs-up for a great evening.

If you cannot make it, why not slip a cheeky donation Warchild's way at www.warchild.org.uk