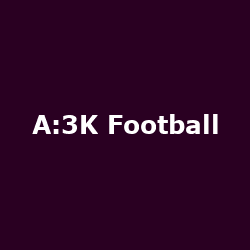 So, the Premier league has ended for another season, and rather spectacularly [not to mention pleasingly - unbiased Ed], with Chelsea grabbing the top spot. So, next up: Europa League and FA Cup for May, then the World Cup for June and the beginning of July, which leaves a few weeks before the annual Charity shield match in the second week of August just prior to the 2010/11 season kicking-off.

Which leaves a few weeks, where us footy fans will have no football on TV.. what to do? Well, ponder no more as a new event for 2010 A:3K Football is due to take place at the O2 Arena on Saturday 17th July, featuring a nice selection of Premiership and overseas football talent. Cristiano Ronaldo, Drogba, Gerrard, Fabregas, David Villa and an as-yet un-named sixth star will all compete in the event which tests power (the ability to strike the ball hardest), curve (tests shooting accuracy over objects - a la free kicks), precision (accuracy in delivering crosses from a distance), control (the ability to control an incoming ball and shoot at a target) and attack (all six players face-off trying to score more than everyone else whilst conceding the fewest goals).

The event kicks-off [ouch! - Ed] on Saturday 17th July at 7:30PM, with tickets starting at Â£35, rising to a Premier League-salary-requiring Â£250 (+ fees) for those who want to get closer to the action - check below for availability.

This event has been cancelled after the withdrawal of several players.