Punk-rock weekender is a holiday in the sun - Blackpool's Rebellion Festival 2010 keeps on growing! 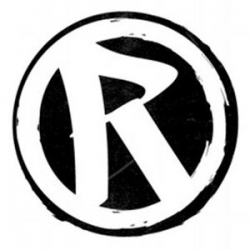 I've already banged-on enough about how musically important the late 70s and early 80s were, an era when many genres came together to kick against 'the man' (or so we thought), an era when wide-eyed innocence hid the most vehement teenage protests against the parents and authority and when Top of the Pops was so fantastic that when a punk / new wave / mod / 2-Tone / metal band spat its latest three-minute burst of youthful anger all over the New Romantics and cheesy pop-songs, it felt like a victory for common-sense.

Unlike the election-result this year, Rebellion 2010 is also a victory for common-sense because you'd be a fool to miss this exhaustive punk and new-wave weekender. The line-up really is quite impressive and I imagine Blackpool will be wondering what's hit it (the festival will probably be better behaved than recent Party Conferences anyway).

5 stages and over 150 bands playing for 4 days sounds like an expensive venture on paper - but it isn't when you check out the line-up (we can't even fit them all in on this page). Weekend tickets cost £100 (no camping - it's all indoors) or £35 per day (Thursday is less at £25 due to it being a reduced day) - all on sale now!

Friday 6th August features Stiff Little Fingers, The Rezillos, Chelsea, Cockney Rejects, The Varukers, The Vibrators, King Kurt, Demented Are Go, The Cravats and Viv Albertine [The Slits]. Also playing: Jaya the Cat, Deadline, Chas and his Band, The Grit and many, many more.

John Robb (writer, ex-Membranes, currently Goldblade) will present a welcome literary element to the weekend plus there is also an acoustic area set aside for Attila the Stockbroker, Max Splodge and many more. Punk's not dead in the North West!