The harder they come, the quicker they sell - tickets for classic rags-to-Reggae story on sale for Summer 2010 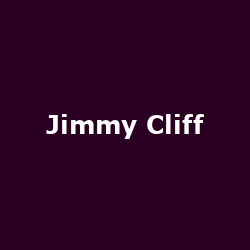 Musicals - love them or hate them, they are collectively the Marmite of films. Consistency certainly doesn't exist in the world of cinematic bouts of spontaneous-song - for every "Wizard Of Oz" there is a "The Wiz". For every "Oliver!" there is an "Absolute Beginners". For every "Porgy and Bess" there's "Graffiti Bridge".

When it comes to Jamaican musicals, well, there aren't too many to mention, except perhaps "The Harder They Come", the movie that gave reggae-singer Jimmy Cliff his huge break in the 70s. Armed with a classic soundtrack comprised of songs such as "Many Rivers to Cross", "You Can Get it if You Really Want" and the awesome title track, the film depicted Cliff as a young buck in Jamaica who needs a job. He turns to music, becomes a singer and moves to Kingston (Jamaica, not Upon-Thames) and falls in with the wrong crowd (as you do), with the film ending in an unforgettable climax.

Now, UK Arts International bring you a stage-production of the story written by Perry Henzell, with eight theatres in England and Wales hosting this classic story of hard times and good times set to a top soundtrack, played by a live reggae band.