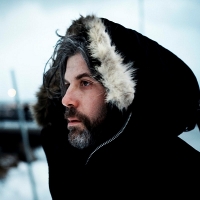 Last week's Fat Friday mentioned the Sussex singer-songwriter Ed Harcourt playing just one gig in support of his upcoming new album. Well the scoundrel has added another trio of dates just prior to his Wilton Music Hall romp on 18th June (£16 - still a few left).

Harcourt will additionally tinkle the ivories and tickle your emotions at the Brudenell Social in Leeds on 15th June, King Tut's in Glasgow on the 16th and Manchester's Deaf Institute on the 17th. Tickets are on sale now priced at £14 plus fees.

In addition, Harcourt joins the party in Brighton as part of the Great Escape Festival on 14th May, does a spot of Glasto on the Greenpeace Stage on the 26th June and an imminent London show at the Pigalle Club on the 11th May which is, blimey, next Tuesday! There are a few Pigalle tickets left, by the way.

The new album is available for streaming at his official (and strangely Americanised) website (www.edharcourt.com/music/)) and rather good it is too. Called "Lustre", it gets a release on 14th June and marks a return to the days of "Here Be Monsters" in my opinion. There are certainly a few stormers on it - "A Secret Society" and "Haywired" being the obvious choices and it will be his first release away from Heavenly Recordings.