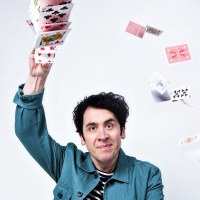 Stuck for something to do on a Friday and Saturday night? Need a few laughs to lift your mind from the gloom of life? Or just fancy a cracking night choc-full of chuckles? Two venues in London should know all about the art of mirth - the Clapham Grand and Leicester Square's Sound have just announced their new Comedy Carnival line-up until the end of July.

Tickets are now on sale for all of the dates mentioned below and remember that the Grand nights out are Saturday gigs and the Sound evenings are on Fridays. Hell, you might even want to make it a double-dip and go to both. Prices start at £12, rising to £27 for all concerts and there are three comedians a night (plus a funny MC).

Fridays first of all and the Sound's season gets under way on 7th May with musical comic Rob Deering, the king of the warm-up (but surely due his own headliner soon) Ben Norris and magician-comedian Pete Firman. The following Friday is also primed and ready to induce maximum funny-bone displacement with Andy Askins (armed with guitar), Simon Brodkin (armed with chav-lord character Lee Nelson) and Pete Cain (armed with darkness).

The Friday funnies continue right through until October with highlights including Paul Sinha (Edinburgh Comedy Award nominee) on 28th May, Spencer Brown on 23rd July and Ian Stone on 30th July. Some of the comedians will rotate between different Fridays - check listings for details.

The Grand has its own highlights during its line-up - Philberto (Portugese made funny) on 29th May, circuit-stalwart Rudi Lickwood on 12th June, another McIntyre protégé Steve Williams on 19th June, an Edinburgh Comedy Award queen Zoe Lyons on 10th July and the familiar face of Paul Tonkinson on 24th July. What a laugh.