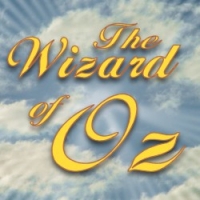 Unless you've been buried under a storm-strewn bungalow for the last few weeks (with your feet sticking out), you'll know that the BBC's latest weekend evening botherer is Over The Rainbow where viewers help find The New Dorothy and, more excitingly, The New Toto, for Andrew Lloyd Webber's forthcoming production of The Wizard Of Oz.

The fact that there will be a lengthy West End run and tour are seemingly of little interest to a viewing public itching to use their phones to give the BBC some more cash in the Saturday tradition of Strictly Come Dancing, So You Think You Can Dance? and that thing with John Barrowman.

The aspiring Dorothies, nearly all of whom appear capable enough to take the role, dream less of hearing lines such as 'I guess we're not in Kansas anymore' and 'Follow the Yellow Brick Road', yearning instead to hear their name after: 'And the new Joseph/Maria/Nancy/Dorothy/Toto is...'

Dreams were once roads paved with yellow bricks and dressed in cheery Technicolor hopefulness. Now it seems the way to the promised land is wearily asphalted in the dreary wisdom of Charlotte Church (presumably Victoria Beckham was unavailable). Alongside Sheila Hancock and the requisite singing soap star, Lord Lloyd Webber presides uncomfortably over the whole affair, sitting uneasily in a plastic throne that is second only in gaudiness to presenter Graham Norton.

It is easy to forget that a dozen or so talented young women (and dogs) are having their lives changed with the winner enjoying fame, fortune, a run in a top West End show and all the Pedigree Gravy Bones they can eat. And change they will.

If the selection process ever ends, the lucky Dorothy will enter a rigorous programme of training and rehearsal ahead of the show's debut in March 2011. By which time, we're certain to have another Strictly winner, someone who really can dance and at least one New Billy Elliott.

'If you want the Wicked Witch of the West to WIN press the red button now.'...