Abracadabra! - Steve Miller Band appear as if by magic with long-awaited 2010 UK tour and new album 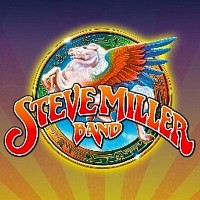 Well he may well have been "a joker, a smoker and a midnight toker, taking his loving on the run" but hey Steve, we've all got to get a bit older and a bit more respectable right? Mr Miller has even called his brand new forthcoming album "Bingo!" to prove the point. Joking aside, it's been a long time since the Steve Miller Band played dates in the UK and possibly even longer since we had a new album, his last studio recording being 1993's "Wide River".

He plays a pair of gigs in October at London's Royal Albert Hall on the 7th and Manchester's Apollo on the 8th. Tickets are on sale from 9am tomorrow (30th) and cost Â£35 for Manchester, from Â£50 - Â£60 for London.

So what is the new album all about? Well, "Bingo!" sees Steve display his incredible guitar-skills with cover versions of songs by BB King, Lowell Fulson and Jimmy Reed - tracks such as "Tramp", "Who's Been Talkin'", "Sweet Soul Vibe" and "Hey Yeah" make up the 10 tracks on offer. There is a second companion album set for release during 2011 (which may mean more dates next year). According to Billboard, Miller is also writing his own new material now that the sessions for the two blues albums are almost complete.

Meanwhile, you can hear the first single from "Bingo!" on his website (www.stevemillerband.com/bingo.html) - entitled "Hey Yeah", it gets a download release on 18th May.