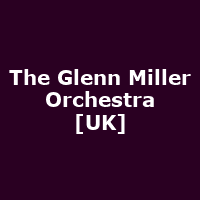 It's hard to even comprehend the effects of war on your own doorstep these days. Overseas battles are bad enough, but imagine the tense knot in the stomach that people must have felt when yet another enemy fighter or 'doodle-bug' flew over during the evening, destroying yet more buildings and lives. Music was often a comfort and that was if you could afford a radio.

Big-band music was very much an American import during the Second World War and Glenn Miller, Artie Shaw, Count Basie, Tommy Dorsey and Woody Herman were all leaders of their own swing-bands at some point. Miller is certainly the most-celebrated, with the film "The Glenn Miller Story" being a memorable tribute (starring James Stewart in the title role).

For an accurate insight into the trademark muted-trombone sound, you need to see such a band live in concert and now the official Glenn Miller Orchestra UK have announced a quartet of performances throughout the year where you can do just that. They play at Worcester's Swan Theatre on 15th July, Felixstowe's Spa Pavilion on 28th August, Folkestone's Leas Cliff Hall on 29th August and the Alhambra Theatre in Dunfermline on 21st November. Tickets are on sale now at around £20 (depending on location).

Miller was famous for instrumental and near-instrumental classics such as "In The Mood", "Moonlight Serenade", "Pennsylvania 65000", "String Of Pearls" and "Little Brown Jug" and popularized many other jazz-standards, as well as working with vocalists and other musicians - a pity that Miller never got to hear these collaborations as he died in a plane crash in 1944, heading to France to entertain US troops. The orchestra here are assembled with express permission of the Miller estate.