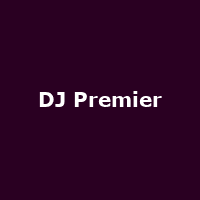 Hip Hop in the 90s was given a new dimension by a few imaginative producers and remixers - it wasn't just the words and rhymes that mattered, it was the beats and breaks taking rap forward. Before it all hit a brick out-house wall with dull, plodding thug-rap, craftsmen such as Hi-Tek, DJ Krush and DJ Premier were proving that you didn't just have to press 'start' on a machine to whip up a selection of meaty party-bangers.

DJ Premier gave the late and great Guru some amazing beats and scratches to spit over during their tenure as Gang Starr. Just listen to "Step Into the Arena" and "Who's Gonna Take the Weight" for proof - in fact listen to the whole "Arena" and "Daily Operation" albums for the deftness that is Chris Martin (no, not that one!). He went on to work with just about anyone worth their salt in hip-hop and nu-soul include Lord Finesse, Ice T, KRS One and the pair of landmark Jeru the Damaja albums in the mid-90s. He even produced work by Branford Marsalis for his Buckshot project in 1994 (really worth seeking out).

He hits the capital on 17th May for some dazzling brilliance with tickets costing just £15. His appearance seems even more poignant since Guru's untimely death last week and hopefully bygones will be bygones with a few revisits back to Gang Starr days, as well as his respect for his own influential sound-guru, Marley Marl.