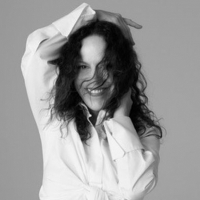 She may be American-born but the daughter of Bahia-legend, singer and musician Joao Gilberto has got all the moves and sassy rhythms in her music to suggest she will be around for some time to come. Bebel Gilberto is a smooth Brazilian you wouldn't object to experiencing every day - remember "Tanto Tempo", the album that gave her a breakthrough in 2000? Songs like the title-track, "So Nice" and "Samba Da Bencao" weaved a bossa-nova magic across the airwaves and countless branches of Starbucks, prompting impressive reviews and the vain belief that summer was coming.

Guess what? Summer really is coming again, in the form of a one-off concert by the lady herself, this time at KOKO in Mornington Crescent on 6th August. Tickets are on sale now at Â£22.50 + fees.

Gilberto's most recent album "All In One" actually features a version of the earliest known bossa song, written by her father and called "Bim Bom", as well as a Bob Marley cover ("Sun is Shining"), a Stevie Wonder-penned track ("The Real Thing") and oodles of songs that suggest the lady has found a spot of romance. Nowt wrong with that of course - and she'll be showing even more love at The Big Chill Festival where she will appear at some point over the August weekend (tickets still available folks).