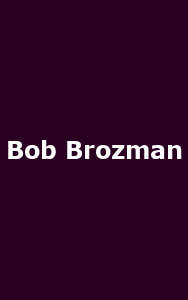 Fancy seeing a true king of the Blues? To call Bob Brozman a blues-man is a bit of a of an understatement - the legendary guitarist can effortlessly play all styles from jazz, calypso, ragtime and Caribbean music as well as collaborating with a kora player (Djeli Moussa Diawara), a Hawaiian guitarist and ukulele player (Ledward Kaapana), an Indian slide guitarist (Debashish Bhattacharya) and a French accordionist (Rene Lacaille). Sounds bonkers? Not at all - Brozman has an incredible style and pedigree and has picked up a few 'guitar-player' awards for his skilful and deft playing of the slide guitar, as well as other 20s and 30s stringed-instruments.