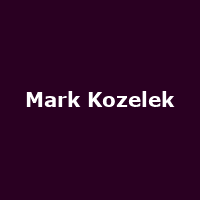 4AD Records certainly stepped up to the proverbial plate during the 90s, none more so than with introspective Red House Painters, an autobiographical music project of Ohio-born songwriter Mark Kozelek. Haunting and desolate, their music was a minor-key lover's haven with songs such as "Michael", "Mistress", "Mother" and "Summer Dress".

But the record label lost interest in melancholia and subsequent RHP releases have proved to be illusive to find, leaving Kozelek with an opportunity to change the name to Sun Kil Moon or just stick with his own name. He did both.

This year sees Kozelek release a new Sun Kil Moon entitled "Admiral Fell Promises" on 13th July - which of course means he's going to get the urge to sing a rare live date to plug it. On 29th July, he plays just ONE UK date at the Islington Union Chapel with tickets now available for Â£17.50.

Expect new material from the forthcoming SKM album including "Half Moon Bay" and "You Are My Sun" as well as a few of his catalogue classics and his unusual take on cover versions (a recent one is "I'll Be There", originally by Jackson 5).