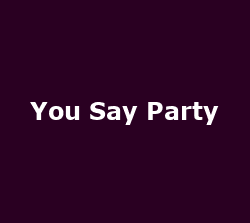 You Say Party! We Say Die!

It's been a bit of a rubbish week for music fans, really, what with the cancellation of numerous events due to the Icelandic volcano, but with the recent passing of Gang Starr rapper GURU and now Devon Clifford from You Say Party! We Say Die!, it helps you put these inconveniences into perspective.

The YSPWSD drummer died on Sunday, after falling into a coma during a home-town gig on Friday 16th April at The Rickshaw Theatre in Vancouver, following a brain haemorrhage caused by congenital defects.

The dance-punk bund were due over in the UK from 17th May as part of a seventeen date tour, which has now been cancelled, with the exception of their Liverpool Soundcity support appearance alongside The Delta Fiasco and fellow Canadian Lights.

Ticket-holders are advised to contact their point of purchase to obtain a refund.