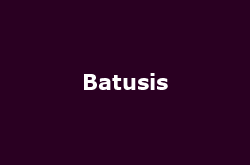 Batusis have cancelled/ postponed their forthcoming UK tour. The band, consisting of New York Dolls' Sylvain Sylvain, Cheetah Chrome (from Dead Boys) and Thommy Price and Enzo Penizzotto - both from Blackhearts were due over to these shores from 3rd May, with the tour starting in Glasgow and ending in Birmingham.

At the moment, we have word that all of the O2 Academy dates have been either cancelled or postponed, but we have no word on the Hertfordshire gig, but it's pretty safe to assume that's also not going to happen. As usual in these situations, ticket-holders should contact the agency through whom they purchased tickets for a refund.

Sylvain Sylvain managed to avoid the Ash shenanigans with his New York Dolls playing KOKO in Camden on Monday, followed by Dublin's Academy yesterday, but the rest of the band haven't been as fortunate. Batusis' record label MD (Frank Mauceri) had this to say about the cancellation:

The volcanic ash in Europe has created havoc for live concert touring, especially in the UK. Sylvain and Cheetah were really looking forward to the UK dates; however, flight cancellations have made it impossible to get the band into the UK.

In the meantime, you can listen to what we're missing here - www.myspace.com/batusis . The band release their debut eponymous four-track EP on 4th May on Smog Veil Records.