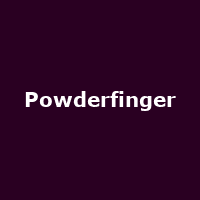 In a week of uncertainty for international travellers and gig-goers, Powderfinger have today announced the postponement of their Spring UK/ Ireland tour which was due to start tonight in Dublin.

The Australian alternative rockers have moved all of the dates to the end of May/ beginning of June, with the first date being Vicar Street in Dublin on 31st May, with tickets remaining valid. The two new London dates for the Brixton Academy are 4th and 5th June - moved from 22nd and 21st April respectively. Note that according to the band's myspace - (www.myspace.com/powderfinger) tickets for 21st April are valid for 5th June and tickets for the 22nd April are valid for 4th June.

The guys had this to say about matters:

If you have any further enquiries about the new dates, please contact the ticketing outlet you purchased your tickets through.
We apologise for any incovenience caused (blame Mother Nature), and we hope to see you all in what will hopefully be summer!

There are still some tickets remaining for all events, which start at Â£18.50 (â¬39.70 for Dublin). Support for the tour comes from former Jebediah front-man Bob Evans.