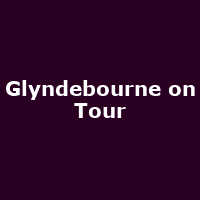 In 2007, Glyndebourne became the first opera performance house to release screen performances to cinemas around the country and, in 2010, they continue this successful practice by joining the already bumper Summer Series at the historic Somerset House on the Thames. So, if you can't make it down to the fabulous Lewes-based opera house, this is the perfect way to see productions from that venue, piped to an incredible location.

The set-up is thus - take a picnic, drinks, rugs and cushions along to the venue, park yourself in front of the huge screen in the courtyard and watch any one of three operas, performed by the Glyndebourne (exclusive versions from festivals etc) for the princely sum of Â£10 upwards. Somerset House is even producing limited picnic-packages for you to buy - see their website for details (not included in the ticket price).

The program begins on Friday 20th August with Benjamin Britten's 'Billy Budd' (debut showing), Stravinsky's 'The Rake's Progress' on the 21st and Humperdinck's 'Hansel and Gretel' (certainly suitable for all ages, starting early at 6pm prompt). There also pre-screening talks and other events during the three days.

As well as the 2010 Glyndebourne Festival Opera in Lewes (from May to August), Glyndebourne is also touring around the UK with three operas ('Don Giovanni' by Mozart, 'La Cenerentola' by Rossini and 'The Coronation Of Poppea' by Monteverdi) in Lewes, Woking, Milton Keynes, Norwich, Plymouth and Stoke, taking place from 9th October to 4th December.