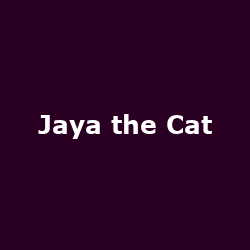 You may be a low-slung jeans-wearing teenager or someone who remembers the joys of feeling warm gob in your hair after a night down the pub - either way, Camden Carnage is a festival dedicated to studded leather, bumflaps and a stiff middle finger or two, as well as some big-names from the world of hardcore-punk rock.

Running from 3rd to 14th August, Camden Dingwalls kicks off the season with The Aggrolites, Les Scallops, World/Inferno Friendship Society and Jaya The Cat in a free-for-all starting at 7pm, before the remaining gigs move down to the other end of Camden High Street to the Underworld.

There are some key bands that are worth highlighting. You have Canadian punks The Filaments appearing on the 4th, San Francisco band First Blood on the 8th (it has to be worth seeing a band with an album called 'Killafornia'), surf-punks from the 70s Agent Orange (from Orange County, where else?) on the 9th, New York's thrash-heads from the early 80s Cro-Mags (one of the purveyors of hard 'n' fast punk-metal) on the 10th, the wonderful Wiltshire anarcho-punks Subhumans on the 11th, full-time New York punks (and part-time Oi! Boys) Agnostic Front on the 12th (with the legendary 7 Seconds in support), 90s ska-punks from the US Big D and the Kids Table on the 13th and finally, power-punks Naked Raygun arrive from Chicago on the 14th.

Tickets range from £8.50 (for First Blood) to £15 (for Agnostic Front) and all nights have a welter of decent support. So, not only Carnage but decent prices as well.