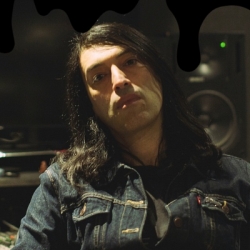 Continuing our occasional jaunt around the nation's clubbing hotspots, we arrive in the famous steel and snookering capital of the North, Sheffield - a city that has also racked-up respect for its contribution to the UK electronic music scene since the 70s. Human League, Cabaret Voltaire, Heaven 17, Clock DVA and Hula all had a hand in beefing-up Britain's new-wave reputation (although internationally, Def Leppard, Joe Cocker, Pulp, Richard Hawley and Arctic Monkeys have truly represented the city pretty well).

On the club-scene however, only Warp Records have delved deeply into this domain, churning out some of the most imaginative electronic music during the last 20 years or so. You won't hear much of it in Sheffield's mainstream clubs, but you will be able to party the night away to a fair mix of DJs on any given night. Here is just a sprinkling of what to expect in Sheffield over the next couple of months.

Plug in Matilda Street hosts numerous club-nights in three rooms with 'Shuffle' on Saturday nights one of the hot tickets. On 17th April, Jesse Rose and Ou Est Le Swimming Pool provide the beats, Eric Prydz ramps up the trance on the 1st May, Stanton Warriors do it London-style with big bass n breaks on the 8th , dubstep-futurism courtesy of Jakwob on the 22nd and a triple-whammy of Mumdance, Diplo and Rusko on the 29th. Tickets vary in price but range from £5 (for Jakwob, that's a steal people) to £12 for the Diplo event). Plug also has a massive drum n bass night coming up on Friday 23rd April, starring Sub Focus and London Elektricity and all for under a tenner and part of the venue's occasional 'Rewind Disko' nights on Fridays.

The O2 Academy has installed 'Brighton Beach' in its clubbing area - and before you start moaning about sand in your Breezer, this is the name of the club night held on the first Saturday each month, containing two packed rooms of 60s soul and Northern soul, Britpop and a spot of garage, the guitar-led variety. The next event is not surprisingly on the 1st May and tickets are just £5 in advance. On the second Saturday, it's 'Hed Kandi'-time - your one-stop night for bouncy-house and also dead cheap on the entry side too. It's dubstep and break-beat heaven on Sunday 2nd May when Erol Alkan, Benga and Joy Orbison arrive at the O2 - £16.50.

Other clubs include Babylon (Carver St - predominantly student nights and a 90s night on Sundays), Corporation (Milton St - Thursday 'Subtitle' dubstep n breaks club and 'Reservoir Rocks' metal, EBM and trance on Saturdays), the famous Leadmill (Leadmill Road - offering the 'best SHAG in Sheffield' apparently on Mondays. It's a student night) and the Red Room exclaiming that 'we love to hump' on Thursdays - blimey, must be something in the water (or beer) up there!