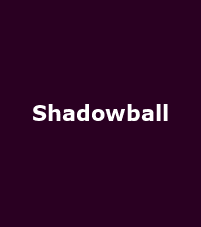 What could possibly relate jazz to baseball? Nothing really except maybe their country of origin (The States) and 'Shadowball', the new opera jazz pianist Julian Joseph and librettist Mike Philips have been commissioned to write by the Hackney Music Development Trust.

The show is part of an educational project aiming to introduce young people to the American game while initiating them to the past issues of racism and discrimination in 1930-1940s America. Director Jonathan Moore recreated this segregation era with the versatile singer, Cleveland Watkiss, in the lead role, accompanied by The Julian Joseph Quintet as well as a support cast of one hundred, through whom "the fast- paced story of Negro League players whose talents went unacknowledged whilst their jazz compatriots, iconic legends like Cab Calloway, reached heights of stardom by defining a new artform", is being told.... Definitely something to remember or rather recollect and this way (music) is definitely the right way!

'Shadowball' will run from 29th to 30th June at The Mermaid Conference Events Centre, in Blackfriars, London, at 7.30pm, with a matinee on the 29th at 1.30pm.