The Features release new single 17th May 2010 plus UK dates 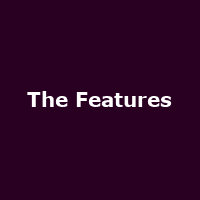 The Features release new single 'The Temporary Blues' this May 17th, taken from their second album 'Some Kind Of Salvation'.

The first single from this album 'Lions' received mass plays on Radio 1, Radio 2, 6 music and XFM, while their three London shows this February were all sold out. Having just been on tour in the US with Biffy Clyro and Manchester Orchestra, the band return to the UK for four shows this April performing in London, Birmingham, Manchester and Glasgow, and will also be supporting Kings Of Leon on 30th June in Hyde Park.

To hear the track, please click on the link in the sidebar on the right.