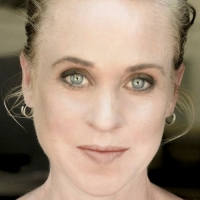 Liverpool's Summer Pops Festival 2010 already looks the business - Status Quo, Crosby Stills and Nash, Rod Stewart and Zappa Plays Zappa have already been confirmed to play this year's annual event, running during July and when you consider the participants at last year's bash (James Morrison, The Pogues, McFly, Leonard Cohen and Simply Red for example), you can be sure the organizers won't be backward in adding more big names to the current roster (don't forget how good Sound City 2010 is, either).

Recent additions to this year's Liverpool Dock-based event include one-time Throwing Muses songwriter and singer Kirstin Hersh. She has a new album and book scheduled for later this year - 'Crooked', the album should hit the shelves in late spring and looks like the first album to be released on her own Throwing Music label, having been on 4AD since the early 90s with the Muses. Her Liverpool appearance, the first of a small handful of UK dates yet to be finalized, is presented by Bob Harris and will showcase material old and new and takes place on the 17th July - Â£12.50 is the asking price, Mountford Hall is the place.

Other acts include regulars, Australian Pink Floyd with two dates on the 3rd and 31st, American songwriting-legend Jackson Browne on the 2nd, Jools Holland on the 16th and Americana-roots queen Eve Selis also on the 17th (part of Bob Harris presents series) and singer-songwiter Kate Walsh on 25th - both at the Stanley Theatre.

In addition, 10th July will be the much-lauded Beatles Day at the Liverpool Echo Arena - make sure you have a mop-top ready for all the fun including a concert celebrating the music of this pioneering group and other related events. Add in the Mersey Masters Football show at the same venue on the 4th and you have a cracking month-long exploration of local, as well as international, legend and culture.