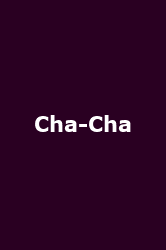 London-based indie-disco pop trio Cha-Cha are offering their crowd-pleasing favourite, 'The Fellowship', as a free download following news of a slight delay in the release of their eagerly-awaited debut album 'We Are...', which will now be available to own from the 10th of May 2010.

'The Fellowship', which can be downloaded for free now via the Pop Noodle Records website, follows on from the release of debut single 'Phonographic Love' and is the third track featured on the band's forthcoming ten track debut album. This hook-fuelled, bass-heavy and synth-layered track seems to have made a decent impact at the band's live shows, as Cha-Cha explain:

The early demo of The Fellowship was the most popular song on our Myspace before we recorded this album. As more and more people started coming to our shows we often heard people we didn't know calling out for it and then going into some weird funky dance moves. With that kind of response from the crowd we all knew The Fellowship had potential to get bigger crowds bouncing around and moving their feet along to- which is what we're all about really. This newly recorded album version has been kept under lock and key until now, so it's great to have it finally released for everybody to dance and listen to- especially as a free download.

Download 'The Fellowship' for free from the link in the sidebar, crank that bass up and see how much it gets those feet moving yourself!