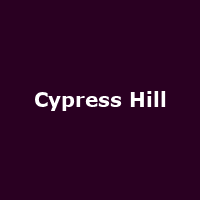 What's your favourite Hill? Mine would have to be wacky comic Harry. But if it wasn't for him and that wonderful K Factor then Cypress Hill would be right near the top, and that can only be a position they will make stronger now that they've announced two further dates to add to their festival duties at Reading and Leeds this August.

The group, who are still best known for multi-platinum success in the early nineties with their first two albums and hits such as 'Insane in the Brain' will play The Brixton Academy in London and The Academy in Glasgow on consecutive nights (15th and 16th) in June before their late summer treks to festival town. Tickets for both shows go on sale Friday 9th April at 9AM and will cost Â£25 with the Reading and Leeds tickets already on sale [very limited face value tickets available - Ed].

Click the links below from Friday for your preferred show and get to see some proper awesome West Coast rap masters. Oh, Damon Hill is third on my Hill list, in case you wondered. No? okay, bye then.