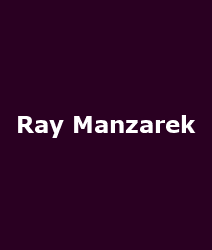 It's been 45 years since Messrs Morrison, Manzarek, Krieger and Densmore formed the legendary Doors and we have a real treat for anyone who missed out on their live concerts back in the day or just younger fans who have discovered them recently. You would have had to have been living on Neptune to have not heard at least two or three Doors songs - 'People are Strange', 'Riders on the Storm', 'Break on Through' and 'Light My Fire' may not have been huge hits in the UK but in the States they were revered. Imagine them recreated with original members and a 50-piece orchestra - sounds good eh?

The Shepherds Bush Empire in London, Grand Canal Theatre in Dublin and Wolverhampton Civic Hall will be hosting very special appearances from the original Doors guitarist, Robby Krieger and keyboardist, Ray Manzarek plus the Royal Philharmonic Concert Orchestra (UK dates) from the 16th-18th July, dates you just have to put in your diary. The complete ensemble will perform all of the classics and more for Â£35 (London), Â£32.50 (Wolverhampton) or â¬66.50 for Dublin - all plus fee. Tickets for London are on sale Wednesday 28th April - the other two dates are on sale now.

With or without the late Jim Morrison on stage, the songs certainly will live on for generations to come - quite a few films still feature the Doors legacy: 'Lost Boys' with 'People Are Strange', 'Apocalypse Now' with an entire soundtrack by them and of course the Oliver Stone movie about the band. There is a new docu-drama coming out soon entitled 'When You're Strange' - it gets a cinema release this month.