The Big Chill 2010 to feature Massive Attack, MIA, Kelis, Plan B and many more 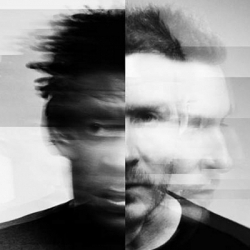 One of the country's major music festivals in The Big Chill 2010, has now unveiled its line-up. The BCF, which will celebrate its 16th edition this year, will take place at its usual spot of Eastnor Castle Deer Park in Heresfordshire, from 5th-8th August. Festival founder, Katrina Larkin and promoter Melvin Benn (the man the Reading and Leeds fests ) promised that despite worries of recent times, this edition would be "bigger and better" than before, and literally so, as the site will be revamped and area names changed for the purpose as well.

One can put their trust in their connoisseurs' hands as they have managed to secure appearances by the grand likes of Massive Attack, Roots Manuva and beat mistress, M.IA (who boasts two albums shortlisted in the NME's 100 albums of the past decade) and Kelis (who has kept a low profile since her 'Milkshake' swagger in 2003 - but this should soon change with her upcoming album, 'Flesh Tone', expected for 17th May - the first single of which is already a radio favourite), who will all be headlining... Other major acts include Alice Russell, Plan B, Dam-Funk, Roy Ayers , Bebel Gilberto, Terry Callier, Theo Parrish and the unavoidable Norman Jay (Melvin Benn even went as far as stating at the BCF party held at the Big Chill House HQ in King's Cross: "how could we have a Big Chill Festival without him")... The organisers have sworn that "this will be a party to remember"- surely this line-up (which is non-exhaustive one) is proof enough for that.

Tickets to Big Chill Festival are now available costing £155 for adult weekend passes, £120 for student w/e passes, £60 for teens aged 13 to 17 and a symbolic £4 for under 12s, all including camping.