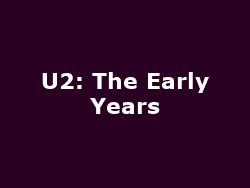 U2: The Early Years

Proud Camden is still at it- visually taking its visitors down memory lane, that is (after past exhibitions on young Kings of Leon, Blondie, Paul Newman and more), as it prepares to dedicate a show to one of the world's most (un-) popular bands, in U2...

Long before their mid-80s-through-to-mid-90s global chart domination, the four boys from Dublin, were once the most respected and anticipated up-and-coming group, and prior to catching the lens of their long-term snapper, Anton Corbijn, their aura was captured by fellow Irishman, Colm Henry.

So, to mark the 50th birthday milestone of frontman Bono, Proud presents Colm Henry's 'U2:The Early Years', an unseen retrospective of the band, spanning their first gigs through to the filming of Rattle & Hum in 1988. Though, to some, the golden foursome might have morphed into a self-indulgent, Ã¼ber-commercial beast over the past decade, U2 was definitely one of the good faces of the 80s music spectrum, so don't look back in anger as some might say... GO, just go! And it's all free.