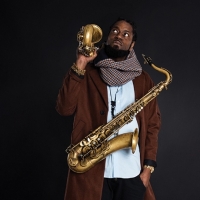 Do you find yourself raising your eyebrows at the sheer thought of rappers/ Grime artists having a bash at acting? Why's that? We've had success stories in Asher D (aka Ashley Walters) and Plan B (aka Ben Drew) as seen in 'Bullet Boy' and 'Get Rich or Die Tryin' and 'Adulthood' and 'Harry Brown', respectively.

Well, come May, it will be west-London's grime artist, Bashy's turn to impress (again, that is, after successful runs at the end of last year), as he will take to the stage as the main character of 'Markus the Sadist', Jonzi D's new hip hop theatre production.

Maybe not the most challenging part (but one needs to start somewhere) for rapper Bashy but definitely a good introspection platform, as 'Markus the Sadist' tells the story of Markus Wright, a talented underground emcee, who gets spotted by a major label's A & R, and urged into signing a restrictive recording contract, which despite the pros of fortune and fame, distances him from his friends and family in many unanticipated ways

Music is directed and composed by hip hop jazz artist, Soweto Kinch, with choreography from Jonzi D himself.

The show will run from 17th to 20th May at the Bloomsbury Theatre in London, at 8pm, plus one matinee presentation (for schools only) at 2pm on 19th May.