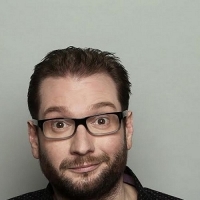 It seems like only yesterday that the Edinburgh Festival and its perfectly-shaped Fringe was beginning to pack out the streets of the Scottish capital. It was in fact August, the same as this year in fact and like 2009, the big build-up starts pretty darn soon. This month to be exact - much clenching of bottoms and tinkering with scripts can be witnessed all over the land as we speak.

Fancy seeing some of this year's esteemed performers for next to nothing? Of course you do and you won't need more than a tenner for the vast majority of them either!

London has most of the preview-gigs but there are a few taking place further afield - Kenilworth welcomes gag-meister Gary Delaney, known for his razor-sharp wit and one-liners. He plays the Rugby Club on 29th April.

The Bar One in Derby hosts three events of Edinburgh Previews for under a tenner on the 4th, 18th and 25th of July - Â£6 is a bargain for laughs! There are also previews in Nottingham, Manchester (John Bishop), Scunthorpe and Stratford-upon-Avon - see below for details.

Finally the Hammersmith venue, The Grove, has a cluster of previews that may well be worth the mirth - Paul Sinha and that man Delaney appear on 6th June (a fiver!!!!), hilarious Russell Kane stands up on the 13th (another fiver!!!) and Welsh-wizard Elis James doing his thing a week later on the 20th (you've guessed it, a bluey). Russell Kane is well worth a watch - I love his 'cockney-neck' gag.

Check out the full list of comedy specials coming up in the coming weeks - they're hotter than hot!