Have you been Been Listening? Johnny Flynn's new album and May/ June 2010 tour 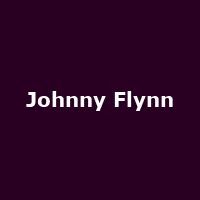 After releasing his 'Sweet Williams' EP last year, following his acclaimed 2008 debut in 'A Larum', Beadales School alumnus, Johnny Flynn is marking his return with a second LP in the next month or so. Come 7th June, the actor, poet and singer will release 'Been Listening' through Transgressive Records (home to the likes of Graham Coxon, Foals and Young Knives among others), which features contributions by ex-Noah and The Whale Laura Marling and quirky chanteuse, Anna Calvi. A first single, 'Kentucky Pill' is to be expected soon.

In the meantime, Johnny Flynn and his band, The Sussex Wit, will be embarking on a European tour with Mumford and Sons in April, and will then support the release of 'Been Listening' with a headlining tour of their own in May (16th - 26th), which will see them stop by the cities of Birmingham, Leeds, Manchester, Glasgow , Nottingham, Bristol, Brighton and London, in that very order. A date in Aberdeen has also just been added for 1st June.

Tickets for JohnnyFlynn's May/June tour are on sale now and all cost under a tenner, except London's Electric Ballroom gig which costs Â£12.50 + booking fee.

If you haven't yet, go listen!