Wait For It! - Delays Return with a New Album, Download and May/ June 2010 UK Tour 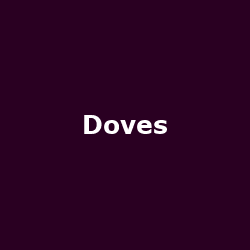 Delays, delays - we seem to be governed by them particularly on public transport, road works and the coming of double-sized Jaffa Cakes. One set of Delays we don't mind, however, is the four-piece alt-pop loveliness from Southampton, fronted by the brothers Gilbert and who brought us the jolly-jangles of 'Long Time Coming', 'Hey Girl', 'Nearer than Heaven' and 'Valentine' from 2003 through to 2006.

Their third album 'Everything's the Rush' in 2008 proved to be their first and last for Fiction and the lads are now on a new label Lookout Mountain. New album 'Star Tiger, Star Ariel' is unleashed on 7th June, but you can download a track from said opus from their website (www.thedelays.co.uk).

The South-coasters are out and about for a promotional tour starting in May as part of the London Camden Crawl on the 2nd and as support for Doves at their 4th May show in Folkestone. They begin their headlining stint in York on the 18th and continue to Edinburgh (Cabaret Voltaire - 19th), Dundee (Doghouse - 20th), Leicester (Sumo - 22nd), Cardiff (Clwb Ifor Bach - 23rd), Stockton (Arc - 25th), Bristol (Louisiana - 28th), Coventry (Kasbah - 29th), Oxford (Academy - 30th), Nottingham (Bodega - 1st June), two special London dates at the Water Rats on 3rd and 4th, Hatfield (Forum - 5th), Norwich (Arts Centre - 7th) and finally the Cambridge Haymaker on the 8th.

Tickets cost around £11 depending on location and are on sale now.