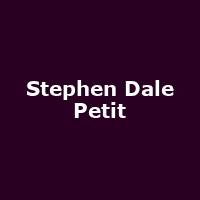 New Blues pioneer and general all-round awesome guitarist Stephen Dale Petit has announced a summer tour of the UK, and what's more, it's cheap as heck!

The California-born bluesman is loved over here and is probably best known for his fantastic BLUnivErSity tour of 2007 which incorporated live performances with a lecture on the history and relevance of the blues in modern music. His current UK run begins with a show at the 100 club in London on June 11th and then continues in July, beginning at the Academy in Bristol (July 15th) then going to the 02 Academy's in Oxford (16th), Birmingham (17th), Liverpool (19th) and Newcastle (21st) before finishing-up at London's Academy in Islington on July 29th. The man is an incredible showperson and his guitar work will have you dropping your jaw on more than one occasion.

Tickets for the 100 Club are on sale now for £12 and the rest cost a single ten pound note (or two fivers) and go on sale Thursday 1st at 9am. So don't be a fool this April 1st, grab yourself a ticket by clicking the links below and enjoy.