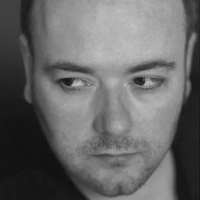 The Barbican International Jazz and Blues Festival has been attracting an increasingly larger audience since its inception in 2008 and even for a relatively new event, they have a few star-names making the journey to the historical quarter of the city. Empirical, Claire Martin and Ian Shaw anyone?

Set in Plymouth, the festival runs from May 1st until the 9th and features over 100 different musical [with a smattering of comedy thrown in for good measure - Ed] events (many of them are free) covering all genres including trad-jazz, vaudeville, pipe bands, boogie-woogie, delta blues and much more from local talent and international stars.

On the opening day, key performances include cabaret comedian and trumpeter Jerri Hart (Glasto 2007, Southwest Storytelling Festival 2007) at the Roma Bar (free), guitar blues-rock band Vince Lee and the Big Combo (free at 'The Parasols' on the quay) and the highly-acclaimed jazz quartet Empirical. The latter band has won Best Album Awards with Jazzwise and Mojo Magazine for their Courtney Pine-produced debut and they have played the renowned Newport Jazz Festival. They play the Barbican Theatre (£15) in the evening.

Dennis Rollins' Bad Bone Company and Steve James head-up the 2nd May entertainment - Rollins and his trombone-funkiness will blast it out at the Barbican Theatre (£20) and blues-man James appears at the B-Bar (£10) while on the 3rd, Thomas Ford has a special CD launch at the Theatre for £8 - he's normally alongside his band The Dirty Harmonys and is fresh from supporting Hayseed Dixie on their Falmouth date recently.

The 4th sees local jazz-diva Louise Parker and pianist Craig Milverton perform Holiday and Peterson classics at the Barbican Theatre (£8) while the 5th sees oodles of free gigs around the city from Kat Marsh and Will E amongst others as well as a comedy night at the Barbican Theatre for just £8. The 6th has another pile of freebies on the go as well as the Tony Oreshko Trio doing their gypsy-guitar thing at the B-Bar for £7.

Claire Martin and Ian Shaw join forces on the 7th for what must surely be a major highlight for this festival - the pairing have fair list of recordings between them, some together as a duo. Shaw has won Best Jazz Vocalist at the BBC Jazz Awards and has appeared with award-winner Martin on her Big Band Show on Radio 2. She herself has released 11 quality vocal albums for Linn (yes, they not only make expensive hi-fi equipment, they occasionally release albums).

The final two days sees an array of all jazz and blues types playing loads of free gigs around the central Barbican area including jazz at Plymouth's National Aquarium and some Reinhardt Hot Club renditions for the farewell party at the B-Bar. All-in-all, a worthy nine days of anyone's time, methinks.