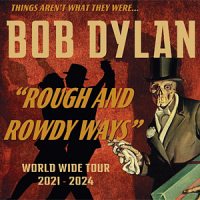 Wow, wow, wow... Coolness alert, as always for the Hop Farm, let it be said, as it has just announced its AMAZING line-up!

Two years on, and the deliberately non-boutique festival (with no sponsors, branding or VIP area), courtesy of man of the people, Vince Power, is still going strong. While in 2008, it blessed us with Neil Young's presence, followed with Modfather Paul Weller last year, The Hop Farm proves it knows its sh*t when it comes to choosing headliners (with the exception, maybe, of The Fratellis last year... but one can't always win).

So, this year, ladies, gents and bambinos, here's what to expect on the hopefully sunny Saturday 3rd July: the mighty Robert Zimmerman aka Bob Dylan, indie folksters Mumford and Sons, coolness-defying-fashion-and-looks man Seasick Steve and his greasy blue-eyed blues, Peter Doherty (no introduction needed by now, we hope) and belle du nu-folk, Laura Marling, among others to be announced!

Yes, you read right , this year's edition is a one-dayer only, compared to the two-day extravaganza it had us used to previously, but with a killer bill like this, you can't complain too much, if only for being spoilt for choice and short of time to see everyone who's on it!