Please Forgive Me, but Somebody will surely be in Heaven with Bryan Adams' October 2010 UK tour 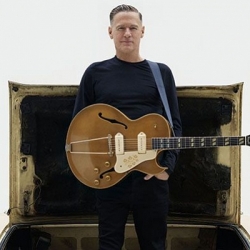 Look into my eyes - you will see the early onset of conjunctivitis. On a serious note, lyric boffins may know that the first bit of that was from Bryan Adams super-hit '(Everything I Do) I Do It For You', without a doubt the biggest selling hit ever that used brackets in the title.

Why am I droning on about this? Well it's because Mr Adams is coming to these very shores for a seven stop UK Tour this October. Oh yeah. The 'Summer of 69' star has been busy with charity work as well as recording new material so he will be chomping at the bit to get back on stage and you can be part of the experience if you are willing. Bradams (he likes it) starts his tour over seven consecutive nights at St. George's Hall in Bradford on October 13th before going to Stoke's Victoria Hall (14th), Alexandra Theatre in Birmingham (15th), the Regent Theatre, Ipswich (16th), The Lowry, Manchester (17th) and The Sage in Gateshead (18th) before finishing up at the Royal Concert Hall in Glasgow on October 19th.

Tickets for each show cost £50 plus fees and go on sale on Friday 26th March at 9am. You know this guy's popular so set those alarm clocks early.