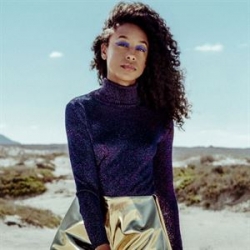 Fast becoming a recognizable contemporary venue for outdoor gigs is the Capital's Somerset House near the Strand. This neo-classical 18th-century masterpiece is, by turns, an art-house, a museum and an ice-rink as well as the location for top-quality concerts, ranging from classical through to dance, urban and pop.

2010 sees the return of another big-name summer season, so let's get on with it! The initial line-up begins in July on the 8th with new Rough Trade-signings, Mystery Jets. The Twickenham boys have a new album ready in tow for imminent release so should be a good one.

The 9th sees French electronic-duo Air return to London giving its residents chance to witness renditions of tracks from the 2009 opus 'Love 2', as well as their chilled-out blessed-up catalogue. Well worth the ransom, I say.

Other confirmed names include Noah and the Whale (10th), N-Dubz (11th), Temper Trap (12th), The XX (13th), Florence and the Machine (15th), Corinne Bailey Rae (16th) and the legendary 'Back To Lifers', Soul II Soul on the 18th. The latter took part in a sound-system clash at the Red Bull Music Academy in February and rocked the house but expect a more 'live' performance at the Somerset. If you fancy a trip to Oxford to witness Caron Wheeler accompanying Jazzie B and the crew then check out their upcoming 10th April slot at the city's Regal venue in Cowley (£15).

Tickets for all of the Somerset House concerts go on sale Friday at 9AM, ranging from £20 to £25 + booking fees.