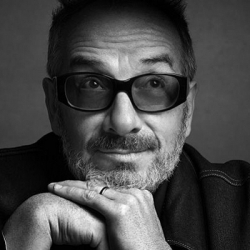 Some call him cantankerous, others call him Declan (probably his closer friends or his wife) but there's no denying Elvis Costello's influence on the UK music scene over the past 3 decades. Albums such as 'My Aim is True', 'Get Happy', 'Armed Forces' and 'Imperial Bedroom' have ensured the man has built up a considerable legacy of tracks.

His recent album 'Secret, Profane and Sugarcane' was produced with long-time collaborator T-Bone Burnett and marks a return to a rather more intimate and rootsy environment.

Well, he may still not want to go to Chelsea (and who can blame him?), but he does want to play four gigs in grand surroundings all the same. His short hop begins in Birmingham on 21st June and continues on to Oxford on the 23rd, Cardiff on the 24th and finally Liverpool's Philharmonic Hall on the 28th.

He will also tour his native Stateside (he currently lives in LA with singer Diana Krall) prior to reaching these shores.