The Black Keys Hit the UK for Summer 2010 Gigs 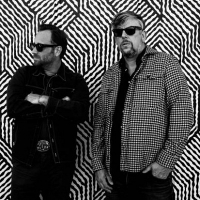 American Blues Rockers The Black Keys are returning to the UK for more stylish musical times this summer. The duo formed in 2001 and have an already staggering output of studio work, including seven band albums and one collaboration. And they are set to add to that impressive tally with the imminent release of studio album number eight, the hotly tipped 'Brothers.'

The pair have garnered praise from acts like The White Stripes, Radiohead and Beck and their music has a universal appeal, appearing on ads for Sony Ericsson as well as hit TV shows Entourage, Lie To Me, One Tree Hill and Rescue Me. It's a rare thing for a band to be so commercially popular and still maintain their musical edge but these guys do it with ease.

Their first show is at The Roundhouse in London on June 23rd then they take a break before playing their two gigs in July, firstly at Birmingham's 02 on 5th July followed by Manchester Academy on the 6th. Tickets are on sale now and cost Â£17.60 including booking fee (London Â£20.35 inc. fee) so if you fancy watching two guys rock out with gusto, and of course instruments then get clicking the links.