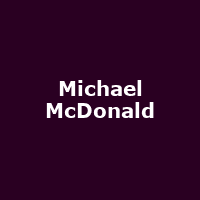 You think that Earth, Wind & Fire coming back to the UK was as good as it got? Well get ready to tuck those eyeballs back in their sockets for a fresh popping-out because the soul/ gospel legend Al Green is hitting these UK shores for five super nights this June.

Coming into his 44th year of performing, he shows no signs of fatigue, either in his persona or his vocals, which are still as silky smooth and spine-tingling as ever. His plethora of hits include 'Let's Stay Together' (if you've never heard it before do yourself a massive favour), 'I'm Still in Love with You', 'Here I Am (Come and Take Me)' and 'Love and Happiness' but its not just for the hits you'll want to see this man. He is truly a one-off singer, a man that mesmerizes with his performance, attitude and charm on stage.

The extra good news is that he is being supported by ex-Steely Dan and Doobie Brother Michael McDonald, a man who seems to be becoming a modern pop culture icon, with appearances/ references in 30 Rock, The 40 Year Old Virgin and South Park to his name. They start their tour on June 22nd at the Cardiff International Arena before hitting Birmingham's LG Arena (23rd), The MEN in Manchester (24th) and the Bournemouth International Centre on June 26th before finishing-up the following night at the O2 in London. Tickets cost from Â£40 - Â£45 and go on sale Friday 26th March, so get ready to hit them links up to grab yourself a ticket for one of the most wonderful performers you will ever see. Hell, two of them. That's Value for your moolah.