The Best and Most Egg-citing Club Nights for the 2010 Easter Bank Holiday Weekend are Right Here! 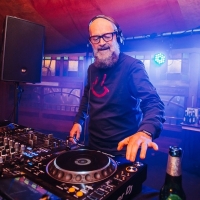 If your idea of Easter is NOT connected to chocolate, fluffy yellow birds or any other commercial product made in China, then you might well be considering either attending a traditional Easter service in your local church (and fair play for that) or you might want to just party on down, as they say. Or both. Well, why not?

There are some big names all clamouring for your undivided attention and hands-to-the-lazars, but many do require upfront ticket purchases (or you can take your chance on the door I guess). In chronological order, here are some ideas from around the UK, ahead of the big weekend.

Annie Mac Maundy Thursday has a decent spread of choices. In Manchester, the Warehouse Project hosts Annie Mac and 2 Many DJs for Â£35, but tickets are pretty limited for two of the biggest names in club-nights this side of the Equator. The Warehouse is also presenting other events during Easter just check below.

Graeme Park Further down the motorway in Liverpool and the Leaf Tea Shop will feature old-skool masters of the Hacienda, Graeme Park and Jon Dasilva playing some quality archive house and electro from back in the day, all for just Â£9 while even further north sees Glasgow's Arches letting good-times House-DJ, Steve Angello loose on the decks. Tickets are Â£15.

Erol Alkan Heading back to London and we have Erol Alkan appearing at Bugged Out! for just a crisp tenner and the legendary pairing of disco-house warriors, Danny Rampling and Joey Negro appearing at the Atmosphere event at the Paramount (near Centre Point) for Â£25. Hop on the train to Brighton and you can catch drum n bass kings, Fabio and Grooverider together in Brighton at the city's beach-front Concorde 2. It's Â£8 to get in and it's all part of the Spiritual Element 12th Birthday, apparently.

RAM Records Good Friday ought to be re-christened Large Friday with drum n bass leading the way with a trio of must-go-tos. 'Circles' genius and F-Jams man Adam F will be offering a spot of Vinyl Discourse at Cargo, Shoreditch for Â£10, Matter @ O2 hosts a massive RAM party, featuring Andy C, Sub Focus, Goldie, Lomax and Mampi Swift (and more including other soundsystems from Soul II Soul and Trojan) for just Â£15 and Fabric comes up trumps with a heady brew of d n b and dubstep DJs including Martyn and Scuba (plus a dozen more) for Â£14.

Tim Westwood Leaving London behind for Leeds and we find Tim Westwood in control at Gatecrasher 7 for Â£8. Always a huge draw especially with tickets so cheap, you'll need to book early. Talking of big name superstars, Judge Jules brings his blend of hard-house and smiley bangers to Witney in Oxfordshire for the same price. Jules is playing a few other nights around the weekend, just click on his name to find out more.

Cocoon [club night/ label] The best nights on Easter Saturday wander into the more-familiar territory of hard-house, techno and funky-house. However in London, the Alexandra Palace will be rammed [is that a pun? - Ed] to the gills for a spot of drum n bass with Andy C and DJ Friction and full-on hardcore courtesy of Hixxy and Slipmatt, all under the name Tranz-mission 2010. Â£35 for this massive night. Staying with the Capital and Matter @ O2 will be cocooned in, well, a Cocoon of German-label techno delivered by the legend, Sven VÃ¤th as well as Loco Dice and more (Â£20). Finally, the world-famous Ministry Of Sound gives you an eclectic blend of house and beats with James Zabiela and Todd Terje, also for Â£20.

Heading further north and Liverpool's equally world-famous Cream night at Nation hosts an Easter Special starring Eric Prydz, Mark Knight and Steve Angello for Â£23.50. It's the commercial end of the market but Cream normally put on a good night.

Justin Robertson It's time to leave England behind and head to Scotland for a spot of good old fashioned funky breaks from Mr Lionrock himself, Justin Robertson. This is some draw for Inverness and the Ironworks' foundations will be tested to the limits and at only Â£9.75! Keeping the Celtic connections to the fore and Cork in the South of Ireland has the Gallic-powerhouse that is Laurent Garnier spinning the best in electro and techno at the Savoy Theatre - â¬29.50 gets you in. Is there really another night of clubbing left after this? You bet your butt there is ...

Pendulum You can find some great names playing DJ sets in the unlikeliest of places and Easter Sunday is no exception. Taunton isn't a town we feature to often but when Aussie-based drum n bass break-rockers Pendulum are in town then we just have to. For Â£15 you can see the boys crank up the bass for a DJ set alongside MC Verse and special guests - it's enough to ferment your apples.

Timo Maas Stockton in Teeside has a venue called the Tall Trees and blow me have they got a beauty for you. Timo Maas, James Zabiela, Bushwacka and Jo Mills grab ya? Stump up Â£15 and it can all be yours. This has to be the bargain of the weekend and to quote the name of the hosting suburb, it's Yarm-Yarm.

Dave Spoon Manchester's huge Sankeys has Dave Spoon on the decks for Â£12 while the nearby Ruby Lounge will be wielding housey-heavyweights Eddy Temple-Morris, Allez Allez and Murkage Cartel for a jaw-dropping Â£8. Friendly neighbours Liverpool will play host to Hacienda legends Greg Wilson and John Digweed at the city's Barfly Masque club for Â£22 under the banner Circus Easter Sunday.

Hed Kandi Finally, zipping past London, we head to the South Coast and the hedonist's paradise of Brighton. There is a funky-house night from Hed Kandi at the Honeyclub for around a tenner - Nathan Lee and Gavin Kool providing the mix. It's always great to experience true Hospitality, especially when it's delivered by Digital in Brighton. The very best rolling drum n bass comes courtesy of label-mates Logistics, Nu-Tone and B2B plus many others for a massive night - Â£12.50 for entry.

For more clubbing options and live gigs over the Easter weekend, just use our 'search' facility, choose a date and type and away you go.

Worthy of a special mention is the Superfly City Festival 2010 which takes place at Leicester super club, Superfly over the whole bank holiday weekend, featuring a rather tasy line-up, including: Nic Fanciulli, Goldie, Krafty Kuts, DJ Switch, James Lavelle, CJ Mackintosh and many more. Tickets start at just Â£5 (!) for the Sunday event, Â£8.25 for the other days, or you can take in all events for just Â£25 - now that really is bang(ing) for your buck!