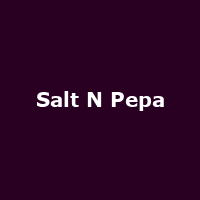 Janet King from Derby, Jenni Stedman from Greater London, Carol De Brikasaan from Berwick upon Tweed, Mark Shaw from London and Natalie Henderson from Gravesend all get their hands on the "Push It!" compilation - two CDs of "Classic Party and Dance Tracks", featuring the likes of Beastie Boys (Fight for your Right), The Sugarhill Gang (Rapper's Delight), Deee Lite (Groove is in the Heart), Bobby Brown (Two can play that Game), Grandmaster Flash & Melle Mel (White Lines), Shannon's 'Let the Music Play', the groove-tastic 'Last Night a DJ Saved My Life' by Indeep and of course Salt N Pepa's 'Push It' - amongst many others.

The album was released last month and features forty four tracks across two disks, costing around £12 for the CD and just under £9 for a download.