Manchester gets some Parklife for June 2010, with Friendly Fires, Calvin Harris, Erol Alkan and more 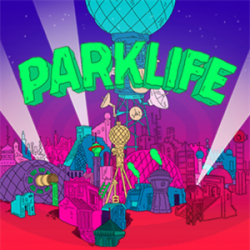 Many a student shall be looking forward to mid-June, as it will coincide with the end of year, which they'll be able to celebrate profusely by attending the Parklife Festival on Saturday 12th June. Fear not, we're not suggesting a trek to Aussie-land where an eponymous festival is held yearly, but a more or less short and affordable ride to Manchester [provided you're not from Australia, that is - Ed], where the Parklife UK Festival will take place this year. Supported by the Warehouse Project, Parklife'10 will mark the 100th anniversary of its hosting location in the iconic Platt Fields Park.

It will open its gates to 15, 000 festival goers, all in for some quality noise of the synthy and stringy kind, with headliners including bubble-gum electronite Calvin Harris, possibly the UK's best live band around at the moment in Friendly Fires, Kissy Sellout, Erol Alkan, Bloc Party frontman Kele Okereke's solo project, Four Tet, Roni Size, James Yuill, We Have Band, May'68 and many more.

Priced at £29.50 (£25.00 for early birds), day tickets are undoubtedly student and generally pocket-friendly.

Taking place the day before on Friday 11th June is "the Warehouse Project Presents", featuring Ian Brown, U.N.K.L.E, Bad Lieutenant, The Whip and many more. You can get your hands on limited weekend tickets taking in both events for £55 - with both weekend and day tickets going on sale tomorrow, Thursday 18th March, at 9am.

Early Bird tickets have sold-out on the day they went on sale, but standard tickets (£29.50) are still available - as are the joint Ian Brown/ Parklife weekends tickets (£55) - check below for availability.