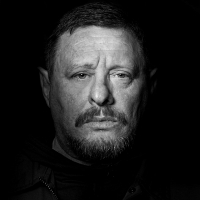 "I only went with yer mother cos she's dirty", "Let's get out of this place / everybody in here, they all grin like you do", "I wrote for luck / and they sent me you", "You see, that Jesus is a **** and never helped you with a thing that you did", "Jesus was a black man / no Jesus was Batman / no,no,no, that was Bruce Wayne".

After reading the above, you could be forgiven for thinking that John Keats has started writing for Allgigs when in fact the above lyrics are loosely culled from the verbose repertoire of one Shaun Ryder, erstwhile recovering lead-singer of the shambolic-dance bands Happy Mondays and Black Grape.

FAC251, the recently-opened Factory venue governed by Peter Hook, will host a full live show on Easter Sunday (4th April) from the man who certainly wrote for luck, health-wise, back in the 'daze'. Despite cheating death, Shane McGowan style, Ryder has built up a considerable back catalogue - 'Wrote For Luck', 'Hallelujah', 'Kinky Afro' and 'Kelly's Heroes will no doubt feature in the set with a full live band, as well as new solo material due out later this year.

[Ryder's London fans can catch him in action the Thursday before the Bank Holiday weekend at the Coronet's 'Get Loaded in the Dark' with his band "Black Grape", also featuring The Sunshine Underground, Young Fathers, Grum, Jakwob and a fair few others - and all for just £15! (early bird price) - Ed].