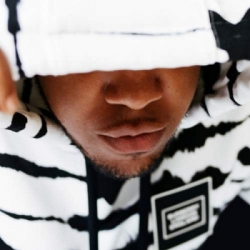 Brushing off concerns over his mental heath at the end of last year, the prodigal rapper from Tottenham, North London, Chipmunk, is well, live and kicking.

Two MOBOs and a string of chart-topping hits (including the unavoidable 'Oopsy Daisy' and 'Look For Me') on, the 19-year-old, whose straightforwardly if simplistically-titled debut album, 'I Am Chipmunk', was released last October, and will be re-released on 12th April.

Definitely a stuttering moment for the teen Grimer as he will follow this re-issue with a 'Shine Shine' summer tour (hoping good forecast prevails), which will kick off on 27th June in Yeovil, via the cities of Cambridge (28 Jun), London (1 Jul) , Sheffield (5 Jul) , Newcastle (8Jul), Liverpool (13 Jul) and Bournemouth (15 Jul) , among others, before ending in Cardiff on 18th July.

In the meantime, Chipmunk will release his sixth single, 'Until You Were Gone' , featuring Ducth pop singer Esmee Denters , on 19th April, which will also appear on the new edition of 'I Am Chipmunk'.