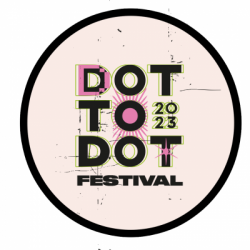 The first line-up announcements have been made for the city-wide Dot to Dot 2010 festival dates.

The 2009 event showcased not only recently established acts like Friendly Fires, Little Boots and Ladyhawke, but was ahead of the game with emerging talent such as The XX, The Temper Trap, Marina and the Diamonds and Mumford and Sons.

The event takes place at the three cities on consecutive days with similar or identical line-ups. At each location, a single wristband gives access to seven stages, over 60 artists and more than 15 hours of live music, all for the sum of £25 (£20 early bird tickets now all sold-out).

The gigs take place of the May bank holiday, starting on Saturday 29th May in Bristol, moving on to spiritual home, Nottingham on Sunday 30th May before heading to Manchester on Monday 31st May.

We'll keep you updated with any other additions and amendments.