NME Radar Tour 2010 to feature Hurts, Everything Everything andDarwin Deez 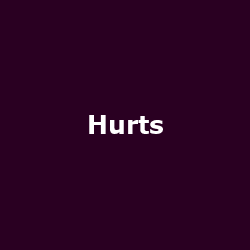 Now in its sixth year, The NME Radar Tour, formerly known as the Topman NME New Music Tour (from 2005 to 2007) and the Topman NME New Noise Tour (in 2008), has unveiled its line-up. The tour which is mainly played by upcoming and new bands, has seen the likes of Maximo Park, the Rakes, Boy Kill Boy (who took part in both 2005 and 2006), The Automatic, the now defunct The Long Blondes, Crystal Castles, Friendly Fires, White Lies, and more recently La Roux, The Chapman Family and electronica duo Heartbreak.

This year, electro duo Hurts - hailing from Manchester, indie rockers Everything Everything - also from Manchester (who, after featuring on innumerable festival bills last year, made it to the top 10 of the BBC Sound of 2010) and New York City indie popster Darwin Deez (who is playing a few gigs in London Town next week-Madame Jojo's on 9th Mar, The Barfly on 11th Mar, The Monarch on 12th Mar, and Westminster Reference Library on 13th Mar).

The two Mancunian bands will be joint headliners of the tour, which will run from 26th April (kicking off in Glasgow) until 12th May (terminating in Northampton), via the cities of Preston, Manchester, Oxford, Bristol, London and Norwich, among others.

Tickets are on sale now, cost just under a tenner regionally and £11.00 in London, plus booking fee.