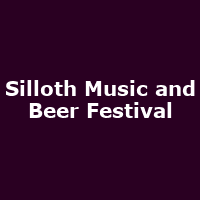 Apart from London hosting two music and beer festivals throughout the summer, it seems that another combined weekend of ale and ear-bashing has been confirmed for the 10th anniversary celebrations of the Silloth Music and Beer Festival 2010. Dedicated to bringing you the very best in local hops via a, erm, local hop, this festival runs from Thursday 9th September until Sunday 12th. As well as barrels of proper beer, sexy ciders and the odd pork-pie, music will be effortlessly tickled while you get pickled - what could be better?

How about the price? In a true community-spirit type thing, there is a four-day Early Bird available for just £25 (check the "Early Bird Tickets" button, below for availability) which gets you admission and music - the beers come extra! The location is pretty special as well - just a nip and tuck away from The Lakes, Silloth sits on the coast just north of another festival-town, Maryport.

So who's playing then? Mainly local bands and acts (it is quite a remote corner of Cumbria, can't even see Dizzee Rascal turning up for this one) with a welter of tribute-nights and up-coming bands on the bill.

Thursday night is headed up by Eric Clapton tribute band Classic Clapton, it's ABBA and disco night on the Friday evening (10th), enough to get your laughing gear smiling and singing along, while on Saturday it's time for the Rolling Clones to give you a bit of the Jagger-meister during the evening. Saturday is an all-dayer with a zydeco band (basically a form of Louisiana rock n roll) called Elvis Fontenot and the Sugar Bees providing the swamp-rock sounds plus local stalwarts, Last Man Standing and Essex boys, The Pins (there is a bit of buzz about them) also playing live.

Sunday has the awesomely-named tribute band, The Kings of Lyon but there will be more names to be announced for this day (and Thursday). Tickets are also available per day, ranging from £8 to £16. Cheers!