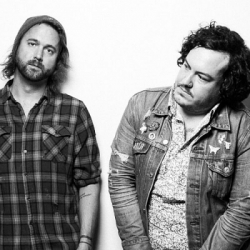 Chapter number five for the name-seeking festival, as Give it a Name Introduces Tour 2010 has just announced its dates and line-up. The noisy urban festival, which in the past five years has hosted some household names of post hardcore, indie rock, emo and pop, in Funeral For A Friend, Lostprophets, Paramore and 30 Seconds to Mars, among others, will run from 26th April to 6th May. Originally hosted in the two major cities of London and Manchester, GIAN's reach has, over the years, expanded to the likes of Birmingham and Sheffield, even stretching to other European cities such as Cologne or Paris. This year, feedback and distortion will take over Stoke-on-Trent where GIAN will kick off on 26th April, via Birmingham (27th Apr) , Bristol (28th Apr), Liverpool (30th Apr) , Manchester (1st May), Newcastle (3rd May) and London (6th May).

For its fifth instalment, GIAN '10 will focus on four ear-twisting acts: the Hemingway fanatic alt rockers of The Dangerous Summer, Michigan punk rockers The Swellers, the pop-rockers of Anarbor (all the way from Phoenix, Arizona) as well as The Wild (formerly known as Farewell City) and UK newcomers Rio - all of whom will all take part in the GIAN Introduces tour.

All tickets are under a tenner [in fact, just £6 - including London! - Ed] and go on Thursday 4th March at 9AM.

Keen on getting some UK action, The Swellers are also over on their own tour - before, after and in-between GIAN, with dates in Leeds, Southampton, Nottingham and Exeter -tickets start at just £4 for the Exeter date!