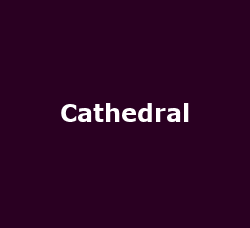 Back in the late 80s, doom, death and destruction metal was in abundance, kids wore denim like chavs wear trackie-suits and there seemed to be more hair on people's heads then spots. The UK was at the fore-front of full-on thrash and the eve of destruction was indeed upon us - the Earache label proving to be the most prolific of homegrown talent with bands such as Entombed, Spazztic Blurr, Carcass and Annihilator all vying for student loans and dole money well-spent.

Another major player on the scene was Napalm Death who specialized in the occasional 1-second long tracks (they even had lyrics!) and a live presence loud enough to bring down buildings. One of their many lead-singers was Lee Dorrian who 'wooorraaaggghed' his way through ND's excellent 'Scum' album, before forming the just-as-intense but bigger-sounding Cathedral. Oddly, their initial forays into recorded music involved deathly slow grinding-passages before eventually 'unleashing hell' in a faster form.

Now it is time for 'The Guessing Game', the title of their new album as well as some rare UK dates coming up in April. Cathedral kick off in Manchester on the 26th at the Academy, before continuing onwards to Belfast (28th), London (29th), Glasgow (30th) and finally Birmingham on May 1st. Tickets are on sale now priced at around Â£18.50. As well as their new album, the lads will no doubt cause your cochlea to blister with tracks from earlier works.

Speaking of Napalm Death, the scary hairy lads from the West Midlands will also be playing a date at Liverpool's Barfly on April 16th and all for just a tenner. The band released their 14th album in 2009 entitled 'Time Waits For No Slave' which still managed to pack 16 tracks into 50 minutes. Tickets are on sale now.