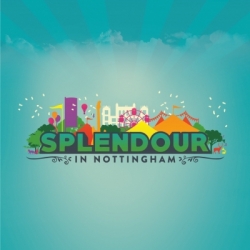 Easily the most enduring twosome in the world of entertainment (certainly moreso than the Coles) is Pet Shop Boys. Having just announced further 'Pandemonium' gigs as well as releasing the O2 'live' version on CD/DVD (review soon come), they are now set to play a headline slot at the 3rd Splendour Festival in Nottingham's Wollaton Park on July 24th.

PSB at Splendour is quite a coup, although the event normally pulls in quite a crowd not least because of the fine music on offer. 2008 attracted Rufus Wainwright, Paolo Nutini and The Charlatans in its first year while last year saw Madness, The Pogues, Kid British, Imelda May and Ash entertain a well-attended festival.

Tickets for this year's shindig are priced according to your residency in the UK. If you are a Nottingham citizen (yes, you will have to prove it) then entry is £15 for adults or £10 for students (with ID). Non-residents will have to cough up the still-pretty-tasty price of £30 to get in. That's about the price of a standard Pet Shop Boys ticket so every band you get to see on top is surely a bonus! Further acts will be announced in the coming weeks.

Wollaton Park is just outside Nottingham's city centre near the University - easy peasy.